The George Floyd Uprising began on May 25th after the brutal murder of George Floyd in Minneapolis by officer Derek Chauvin. This led to a national wave of protesting, rioting, and demonstrations that continued for weeks on end. Police responded to protests about police brutality with more police brutality.

Examples of this were documented across the country. 75-year-old Martin Gugino was shoved to the ground by police and suffered a concussion and brain damage; David McAtee was shot by police near a protest despite not participating. McAtee had a barbecue and was known to feed police officers for free. A pregnant black woman in Chicago was run over by police. None of the perpetrators of these disgusting crimes were charged. The protests quickly evolved as well to demand justice for other African-Americans killed by police, including Breonna Taylor. On the 21st day of protest, and more than 3 months after her murder, the officer responsible was fired, not charged. More about recent victims of police brutality can be found here: 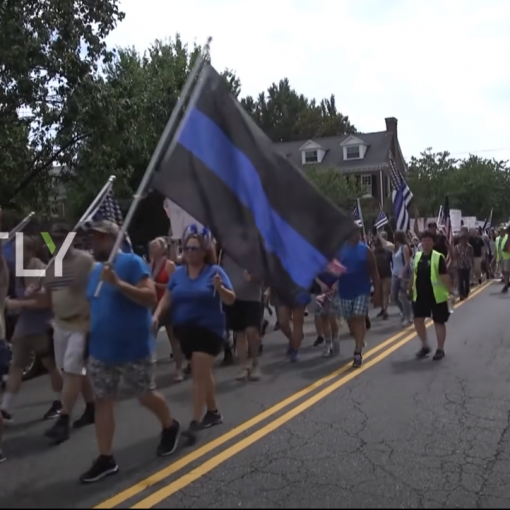 A rally was held in Fredericksburg, notably the site of a massive Union defeat during the civil war, in which a crowd […]