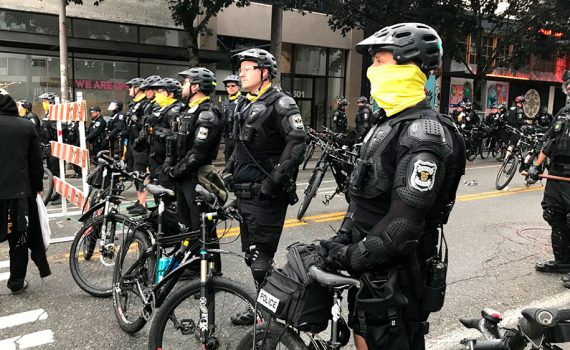 Officers lined up on the edge of the area as a helicopter whirred overhead. Protesters milled around the intersection, some shouting at the police. 23 people were arrested on charges of failure to disperse, obstruction, resisting arrest, and assault, the police department said on Twitter, including a 29-year-old man who […]